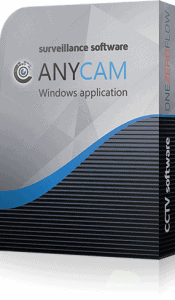 If you are unable to download the .EXE file due to your network or service provider’s security measures, there is an alternative .ZIP archive that also contains the AnyCam setup file.

To use this instead, download the .ZIP file (63 Mb) and uncompress it before following the instructions below.

When prompted, save the file to a convenient location on your computer. Open the file, then the setup program will guide you through the rest of the process.

new — USB camera connection is now supported,
fixed — eliminated a bug causing doubling of the number of connected cameras at start of RDP session,
improved — checking of audio device presence was implemented,
improved — implemented a mechanism to restore the configuration file config.xml in case of damage,

new — a mechanism for restarting the application in case of crash was implemented,
fixed — bug in the mechanism of checking the availability of the path specified by the user through the RTSP protocol

fixed — a bug that caused video recording to stop if a user’s Windows session was blocked,
improved — stability of remote connection from Telegram bot

new — the ability to set a password for remote camera viewing from the Telegram bot
improved — optimized the initialization process of the connection with the camera, reduced connection time

new — added support for sensitivity zones for motion detection
new — audio notification when motion is detected
new — auto-update feature added
new — ability to direct the video stream to custom services
new — mirroring of the picture when the image from the camera is rotated 180 degrees
new — option to start in the system tray was added in the application options (the start argument for the command line -h)
new — support of hotkeys (Enter, Tab, Space, Backspace, Esc, F1) is implemented
fixed — defect when streaming H.265 on YouTube and Facebook
fixed — defect that prevented streams connected via HTTPS with invalid SSL certificate from being broadcasted

new — added support for French, Italian, and Chinese in the user interface

new — added support for German, Dutch and Russian in the user interface

improved — .NET Framework installer included into into the setup file.

new — The first version of AnyCam.